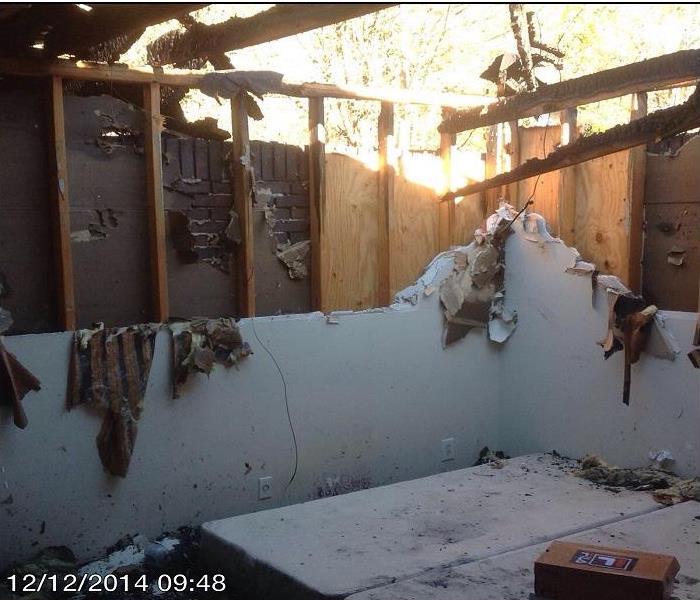 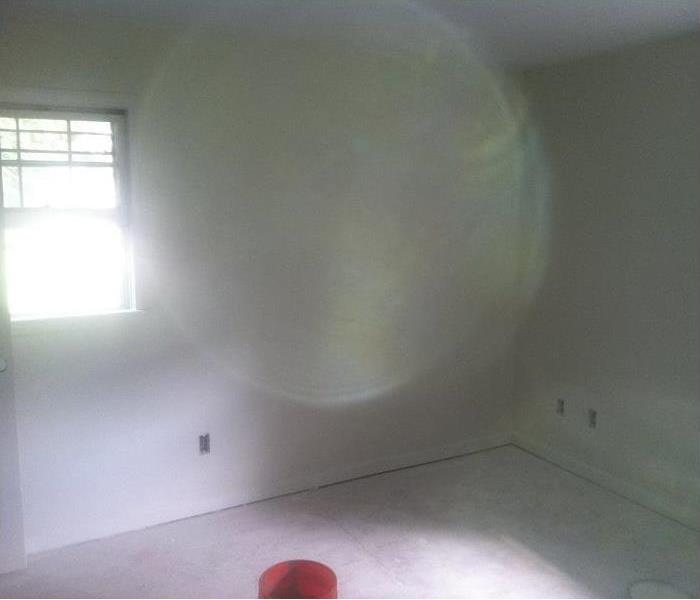 This is the master bedroom of a home in Lilburn, Georgia that was affected by an electrical fire in the attic. The homeowner had extensive damage to this part of the home by the fire and the firefighters who put the fire out. SERVPRO of Stone Mountain/Clarkston was called to the scene to complete mitigation first. Before mitigation could even happen, the roof had to be secured so our teams could go in safely. The home had also sustained water damage during the fire being put out. Once we completed mitigation, our reconstruction department came in and started the rebuild.